F.D.A. Agrees to New Trials for Ecstasy as Relief for PTSD Patients

F.D.A. Agrees to New Trials for Ecstasy as Relief for PTSD Patients 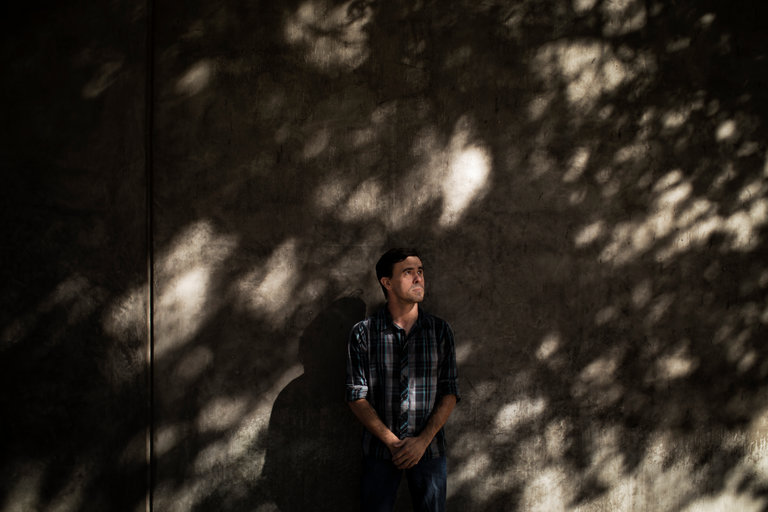 C.J. Hardin, a veteran who served three tours in Iraq and Afghanistan, at a memorial in North Charleston, S.C. He is a patient in the study of MDMA, also known as Ecstasy, as a treatment for post-traumatic stress disorder.

CHARLESTON, S.C. — After three tours in Iraq and Afghanistan, C. J. Hardin wound up hiding from the world in a backwoods cabin in North Carolina. Divorced, alcoholic and at times suicidal, he had tried almost all the accepted treatments for post-traumatic stress disorder: psychotherapy, group therapy and nearly a dozen different medications.

“Nothing worked for me, so I put aside the idea that I could get better,” said Mr. Hardin, 37. “I just pretty much became a hermit in my cabin and never went out.”

Then, in 2013, he joined a small drug trial testing whether PTSD could be treated with MDMA, the illegal party drug better known as Ecstasy.

“It changed my life,” he said in a recent interview in the bright, airy living room of the suburban ranch house here, where he now lives while going to college and working as an airplane mechanic. “It allowed me to see my trauma without fear or hesitation and finally process things and move forward.”

Based on promising results like Mr. Hardin’s, the Food and Drug Administration gave permission Tuesday for large-scale, Phase 3 clinical trials of the drug — a final step before the possible approval of Ecstasy as a prescription drug.

If successful, the trials could turn an illicit street substance into a potent treatment for PTSD.

Through a spokeswoman, the F.D.A. declined to comment, citing regulations that prohibit disclosing information about drugs that are being developed.

“I’m cautious but hopeful,” said Dr. Charles R. Marmar, the head of psychiatry at New York University’s Langone School of Medicine, a leading PTSD researcher who was not involved in the study. “If they can keep getting good results, it will be of great use. PTSD can be very hard to treat. Our best therapies right now don’t help 30 to 40 percent of people. So we need more options.”

The Multidisciplinary Association for Psychedelic Studies, a small nonprofit created in 1985 to advocate the legal medical use of MDMA, LSD, marijuana and other banned drugs, sponsored six Phase 2 studies treating a total of 130 PTSD patients with the stimulant. It will also fund the Phase 3 research, which will include at least 230 patients.

Two trials here in Charleston focused on treating combat veterans, sexual assault victims, and police and firefighters with PTSD who had not responded to traditional prescription drugs or psychotherapy. Patients had, on average, struggled with symptoms for 17 years.
Click to expand...